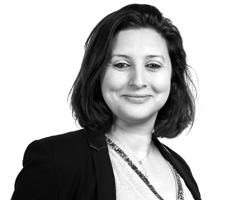 Why Tunisia’s banks are its main economic weakness

“Work, freedom, dignity” was one of the many slogans that Tunisians chanted in 2011 to vent their frustration with the government of president Ben Ali, which they accused of having looted the country for over two decades. In less than four weeks, Tunisia’s “Jasmine” revolution forced the president to flee, and his regime to tumble. […]