Intelligent entrepreneurship in all senses of the term 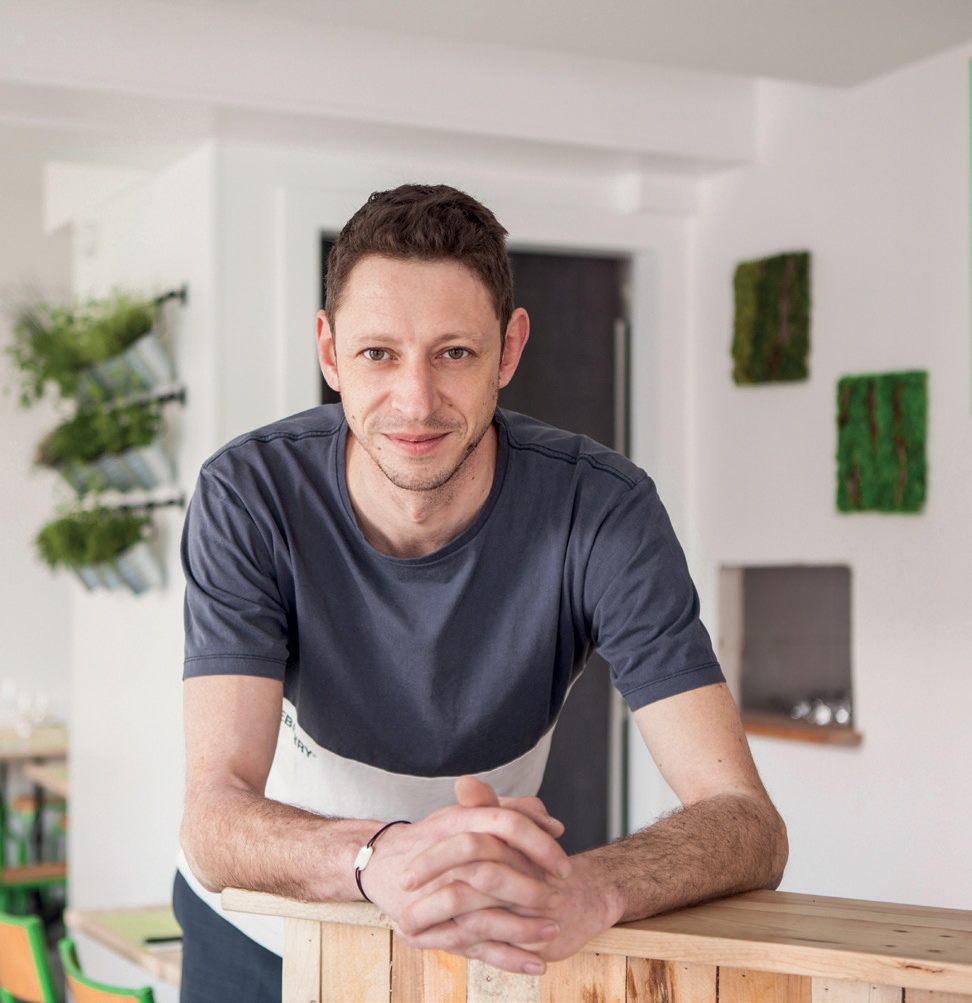 At the start of 2008, in Clichy, Michael Ferrière (class of 2002) opened One Each, bistro 3.0, locavore, social and inclusive, with the following motto: “our difference, our wish to prove that you can make a living whilst helping your fellow man.”

Every day, One Each – a restaurant and inclusive establishment – offers up to 50% of its tables to vulnerable people, the majority of whom have been sent there by the town’s social services division and for whom every dish on the menu costs 1€. Michael, the founder, has also set up a system of “suspended coffees”. He explains “These are coffees which are paid for in advance by our customers and which we then offer to people in need.” In order to ensure that he can offer the same service to everybody: “We offer a common sense type of cooking and nothing is thrown away. We use Too Good To Go, and in the evening, the fridges are empty.” Michael negotiated prices with his suppliers, including local businesses and will take on the surplus of seasonal fruit and vegetables which have been overproduced here, a batch of cheeses there, and everything is used up thanks to the imagination of the chef who constantly changes the menu. Michael explains “If we can offer inclusive meals, it’s also because we receive numerous donations of food and we receive these donations because we are inclusive. It is a virtuous circle.”

Michael was well prepared to manage One Each. With the experience he obtained from EM Normandie, he first worked as a large-accounts executive in France and then abroad for 10 years.
He excelled… but he had had enough. He explains “I wanted to see something else and when we negotiated my departure, I became a volunteer for the first time ever. It was in the charity-run restaurant of the Foyer de la Madeleine and I stayed there for a year. I loved the restaurant business as well as the concept of holding back a portion of the table space for those in need. I wanted to replicate the concept in a secular and profitable manner.” Of course, this
experience gave Michael lots of ideas but primarily, it gave him a new perspective on himself. “When I was there, I discovered a different outlook from the customers and the teams: they looked at me with respect and not with fear.”

Turned upside down, it is with this new mindset that Michael decided to create One Each. Although “the mission and the DNA of the company is to help others” this is by no means a charity, but an inclusive offering which promotes social diversity. Michael goes on to explain that whatever the walk of life of the customers, “they are all treated in the same way and are all served the same food. He adds “Often, when we are nearing the end of the service, we sit down with our socially inclusive customers and listen to their stories.”

In addition, being both a social and inclusive economy and a company which helps social inclusion, One Each hires people who have been excluded from the professional world so as to help get them back on track sustainably. When he proudly states that he “works in catering!” it actually implies that at One Each, it is personal dignity which is catered for and above all restored. How to restore the art of living!

Exploring the microfoundations of nomadic dynamic capabilities: The example of flying winemakers

Exploring the microfoundations of nomadic dynamic capabilities: The example of flying winemakers